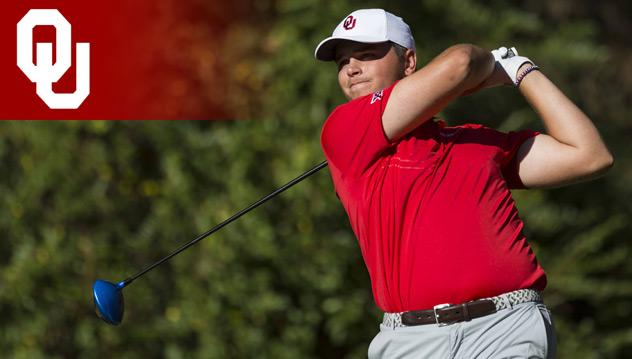 NORMAN – Oklahoma men’s golfer Blaine Hale was named one of two Big 12 Golfers of the Month for November, the conference announced Wednesday.

Hale, a sophomore at OU, was the Sooners’ best finisher at the Ka’anapali Collegiate Classic Nov. 4-6, claiming a share of fourth place individually out of 132 competitors.

The Dallas, Texas, native posted a 202 (-11) for the tournament, setting his career-low 54-hole score, nine strokes below his previous best, and marking the lowest three-round score since Abraham Ancer set the school record (195) during the 2010-11 season.

He recorded a 66 (-5) in both the second and third rounds, matching his career-low single-round total. Overall, he finished the month of November with a 67.33 (-3.67) scoring average.

“Obviously, it’s a huge honor to be Big 12 Golfer of the Month, but it’s great to win an award for OU and bring back some recognition for the school and coaches I play for,” Hale said.

Hale is the first Sooner to earn monthly honors since classmate Brad Dalke in November 2015. He shares this award with Kansas’ Chase Hanna, who finished in a tie for eighth at the Ka’anapali Collegiate Classic.

The Sooners will return to competition Feb. 20-22 at the first tournament of their spring season, The Prestige, in La Quinta, Calif.