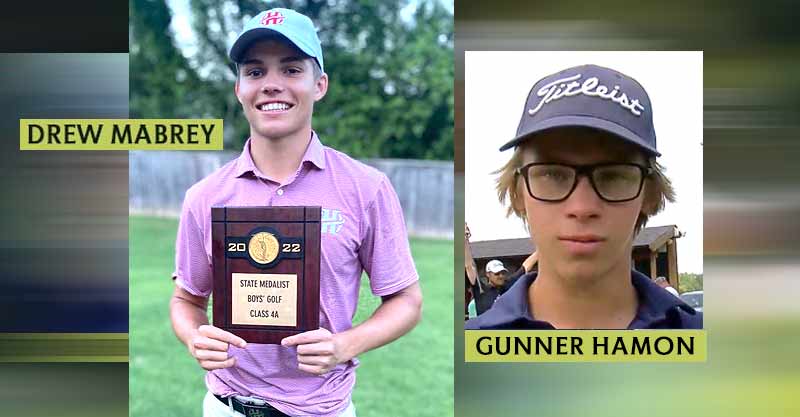 Scores of all Classes here:

Gunner Hamon of Altus shot a final-round 70 to win the Class 5A State Championship by four shots over Baylor Bostick of Duncan and Parker Payne of Noble Tuesday at Duncan Golf & Tennis Club.

Duncan rolled to a 23-shot victory in the team championship, 922 over Bishop Kelley at 945 with Altus third at 967.

Drew Mabrey of Holland Hall shot a strong final-round 69 for a four-shot victory over Cascia Hall’s Will Sides and Nathan Womack of Elk City in the Class 4A State Championship at Boiling Springs Golf Course in Woodward.

Heritage Hall won the team title going away at 913, with Holland Hall a distant second at 973 and Perkins-Tyron third at 976. Heritage Hall was led by Kyle McLaughling, who closed with a 67 to finish fourth at 221, followed by teammate Matthew Smith, fifth at 223 after rounds of 77-73-73.

Brice Wolff of Stroud closed with a 75 and an eight-shot victory in the Class 2A State Championship at Buffalo Rock Golf Club in Cushing. Conner Cryor of Tipton was second, finishing with a 72 for a 222 total, while Parker Pogue of Latta took third at 229 after a 79.