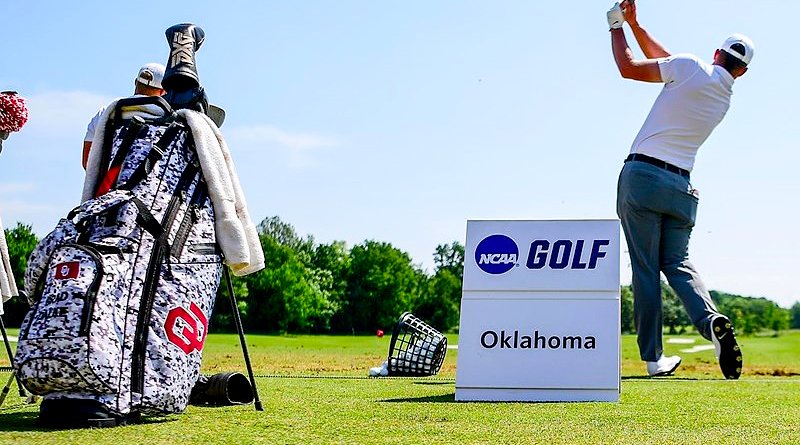 “We couldn’t be more proud and excited for this group of three,” head coach Ryan Hybl said. “They all will make big impacts on our golf program and are the right fit for us.”

Dowell was named the Oklahoma Golf Association Junior Amateur Champion in 2019 as well as All-City Prep Golfer of the Year from 2018 and 2019. He has carded six top-10 finishes in AJGA tournaments and placed 14th in the 2019 Western Junior Championship.

Coach Hybl on Dowell: “We love our Oklahoma guys and Jaxon is going to be a great leader and player for us. What I have loved about him over the last couple of years is how much improvement he continues to show every time he goes out and I believe his development will continue at a high level.”

He was a three time First-Team All-District and All-Region selection and twice a First-Team All-State honoree. In 2019, he was a member of the Jr. Presidents Cup and the Wyndham Cup for the west side and the Billy Horschel AJGA Champion.

The Texas native continued his success with two runner up and five top-ten AJGA finishes.

Coach Hybl on Campbell: “Stephen is Sooner born and Sooner bred. I love his energy he will bring to our squad. He has developed more in the last couple of years than just about anyone in the country and his internal drive to become great is infectious.”

Lorenz is the No.1 ranked high school golfer in Arizona with a 67.42 scoring average and ranks No.16 in the class of 2020. He was the 2018-19 Division 1 High School State Champion and apart of Team Arizona’s Junior America’s cup team.

Coach Hybl on Lorenz: “This guy is a big time player and has displayed a will to win. He is very competitive and athletic and I believe Ben will be a great fit for our program. Ben has a swagger to him on the course that gets me excited because I know his belief system is strong.”

University of Oklahoma head women’s golf coach Veronique Drouin-Luttrell announced Thursday the signing of Nieves Martin to a national letter of intent. Hailing from San Sebastián, Spain, Martin is ranked in the top 25 for European golfers in the 2020 class.

“We’re thrilled to be signing Nieves to our squad next season,” said Drouin-Luttrell. “She brings a ton of international experience and will be a great addition to the Sooners.”

Earlier this year, Martin was one of three female golfers to represent Spain in the 2019 World Junior Golf Championships in Markham, Ontario.

Martin will join the Sooners in the fall of 2020.