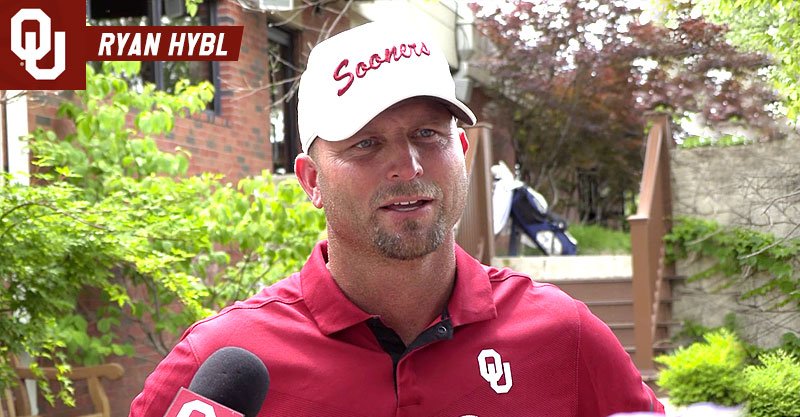 From the opening tee shot, No. 1 Oklahoma and No. 2 Oklahoma State will be taking each other’s full measure when the NCAA Championships begin Friday at Grayhawk Golf Club in Scottsdale.

The top eight teams at the end of the stroke play portion advance to match play, with the first round and quarterfinals Tuesday and semifinals and finals on Wednesday.

“We don’t think about any particular teams until Tuesday, because none of it matters,” said OU head coach Ryan Hybl. “It’s all about getting to match play. But obviously Oklahoma State, Vanderbilt, Texas, Pepperdine are all very good. There’s a good solid 10-15 teams that can all win this championship. If we’re lucky enough to get one of those match play spots.”

Unlike 2021, when OU took two players to the finals who were either injured or out of sorts and still made it to the final match against Pepperdine. Hybl said his five starters are all healthy and playing good golf. Those five would be Logan McAllister, Chris Gotterup, Drew Goodman, Patrick Welch and Stephen Campbell Jr.

The Sooners have previously won NCAA titles in 1989 and 2017. Hybl has guided it to the 10 best single-season scoring averages in school history and to the NCAA Championships each of the last 10 years. Oklahoma is one of three schools to appear in the last 10 championships and the only program in the country to make the last five NCAA match play championships.

Gary Putnick from NCAA.com predicts the Sooners over the Cowboys in the championship match next Wednesday. Despite the great success of both programs, they have yet to meet in match play in the NCAA Championship. Will this be the year? The entire state will be waiting to find out.

The OU lineup is anchored by its trio of All-American seniors in Chris Gotterup, Logan McAllisterand Patrick Welch.

The three have combined for nine career wins and 47 top-10 finishes in their collegiate careers. All three sit inside the school’s record book for single-season scoring average in 2021-22. McAllister holds the program record for career scoring average (70.93) and score vs. par (-0.51), while Welch is fourth all-time at 71.60 (0.13). McAllister’s 70.93 career mark is the 12th lowest in NCAA history.

#CHAMPU TAKES OVER PGA TOUR U

PGA Tour U presented by Velocity Global was debuted in the 2020-21 season to provide a pathway for graduating seniors to earn professional status immediately following the conclusion of their college careers. At the conclusion of stroke play at the 2022 NCAA D-I Men’s National Championship, the top-15 eligible players in the final 2022 Velocity Global Ranking will earn status on the Korn Ferry Tour or a PGA TOUR international tour. The top five players earn spots on the Korn Ferry Tour, while Nos. 6-15 earn membership on international tours.

Oklahoma has landed a national-best five players inside the PGA Tour U rankings, including three in 2020-21 and two this season. After the 2021 championship, Garett Reband (No. 5) earned KFT status while Quade Cummins (No. 6) and Jonathan Brightwell (No. 10) found homes on international tours. In 2022, Logan McAllister (No. 2) is in line for membership on the Korn Ferry Tour, while Chris Gotterup (No. 10) is fighting to move into the top five.

In 2021, as the nation’s top seed, Oklahoma advanced to its nation-leading fifth consecutive match play at NCAAs, knocking off Illinois and Arizona State to earn a title match with Pepperdine in the final. However, the Sooners dropped the championship match 3-2 to the Wave. OU earned the No. 4 seed in the stroke-play portion by signing for an 1130 (+10).

Since head coach Ryan Hybl arrived in 2009, Oklahoma has reemerged as a national powerhouse in men’s golf. The Sooners are one of two schools that have appeared in every NCAA Championship since 2011 and are the only program in the country to advance to match play at the championship every year since 2016, winning the national championship in 2017 and finishing as the runner-up in 2021.

Drew Goodman, FR, Norman, Okla. – First NCAA appearance … No. 5 freshman in the country per Golfstat … Played in all 12 events for the Sooners this season … Nine top-20 finishes with four top 10s, including T5 at Norman Regional … 11 rounds in the 60s in 2021-22 are third most on roster … Posted a runner-up finish at Southern Highlands by signing for a OU freshman record 205 (-11) … Two-time AJGA All-American … Medalist of 2018 Under Armour Jordan Spieth Championship … No. 16 recruit in 2021 class per Golfweek and No. 1 in state of Oklahoma.

The NCAA Championship returns to Grayhawk for the second consecutive year. The Raptor Course at Grayhawk Golf Club will be played at 7,289 yards and as a par-70 for the championship. The course, designed by Tom Fazio, opened in 1994 and is listed among the best public golf courses in Arizona by Golfweek and Golf Magazine. Raptor is one of only two Scottsdale golf courses to host a PGA TOUR event – the Frys.com Open 2007-2009. Other tour-sanctioned tournaments include the inaugural Williams World Challenge, Andersen Consulting World Championship of Golf and Waste Management Phoenix Open pro ams.