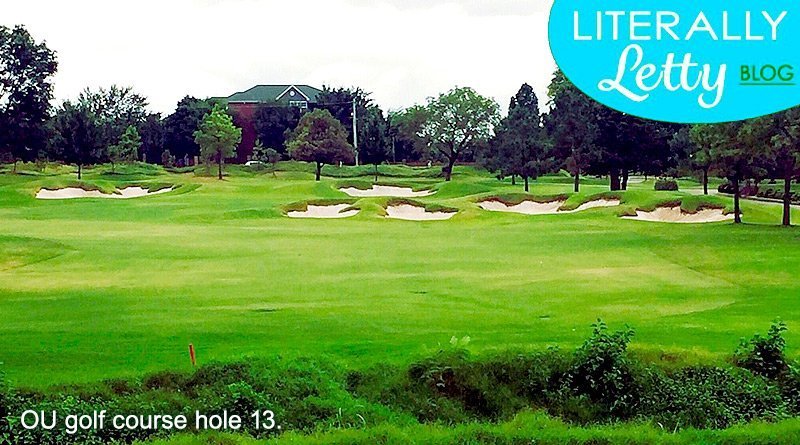 “It is not the mountain we conquer, but ourselves.”
Sir Edmund Hillary

The day came in my early 60’s when I realized that golf would not be a sport I played till I aged because of my crooked spine. The thought of giving up mornings filled with fresh air on a golf course, birds flying by, clouds rolling over, and the echo of friends laughing broke my spirit. My husband took me by the hand and said, “I think we can both take up fishing and it won’t hurt our backs.” The smile of relief is hard to describe without a few tears falling. Just like that I could see a future.

“A naughty pickle is how I best describe myself. I think fun and laughter is the whole point of life.”
Celia Imrie

I bought fishing poles at a silent auction, proudly brought them home and promptly put them in the garage next to my golf clubs. The fishing poles are still in the garage, but some inner drive moved me to continue golf. Luckily, I took up yoga and Pilates gaining strength and flexibility over the next two years. When I played in tournaments I played with new zeal, knowing each round could be my last.

“You have to expect things of yourself before you can do them.”
Michael Jordan

During the fall of 2013 I pulled my right hamstring causing pain in my lower back, but thinking I could overcome I continued to push. During January-February of 2014 we packed all of our belongings, hired a moving company and moved from Hutchinson, KS to Norman, OK. I hurt so much I cried when I bent over, walked, slept, or sat down. I still played golf because this ugly voice in my head said that I could play through the pain, after all physical therapy would allow me relief.

For the next four years I enjoyed intermittent relief from my back pain, and discovered that over the years many of my “butt” muscles no longer responded to my body movement. Atrophy is the word that describes what happens when muscles aren’t used. By now my brains screamed, “How could my muscles atrophy when I worked them constantly?” The answer is, “a different set of muscles take over, and that does not mean it’s a good thing.” Most of all don’t play through pain, fix it. Last fall I realized that my golf swing had become that of a little old lady. There was no power at impact. I felt limp and shrunken. New clubs couldn’t help that.

Besides having lost strength, power, endurance, I lost confidence. I lost a bucket load of confidence. When I came to a water hole on the golf course I found myself playing around it, instead of daring to fly a ball over it. Secretly, I cried. Openly, I smiled and said, “At least I’m still playing and this is a good thing.”

I accepted that my body and I were getting older together. Like watching our dog, Lucy, turn grey in the face, unable to hear voices, and walk with a left hip that sometimes drags or pinches her, I could feel a slower future coming.

The difference between impossible and possible lies in a person’s determination.”
Tommy Lasorda

The dead of winter is just that for my body. I tend to hibernate and write. January of this year a deep yearning and stirring came through me when I decided to write a monthly blog called YOUNGER LONGER. I believe deeply in myself and my fortitude. It forced me out of the house and into Therapy in Motion (Cindy Merrick). After four months of muscle by muscle being released and activated I knew I could play golf successfully again. WRONG!

The Greatest Video Ever, Gary Woodland and Amy Bockerstette
I promise a smile that will never leave your face after watching this.

Many bad habits had been created in these last few years and I felt stymied. I know the game inside and out and yet for all of my strength, stamina, and grit I could not improve my game. My scores ranged from 96–88. Thanks to a vigorous workout routine that I still follow five days a week, plus play golf in this heat, I knew that could swing the club with power. In one simple golf lesson with our pro, Alan Hager, I relief flow through my body. Darn those weak lazy hands and arms. Once I began to use strong firm arms at impact the ball went straight and farther, and best of all I felt my old dynamic swing return. Alan also adjusted my driver to a 9.5 face (more upright) giving me a chance to see that tiny white (sometime pink) ball roll down the fairway.

“Once we believe in ourselves, we can risk curiosity, wonder, spontaneous delight or any experience that reveals the human spirit.
E E Cummings

Feeling the groove return I drove out to OU golf facility to practice, and it paid off with a victory. The confidence to know I can better take care of myself, through continued training and practice will continue, only if i continue to workout.