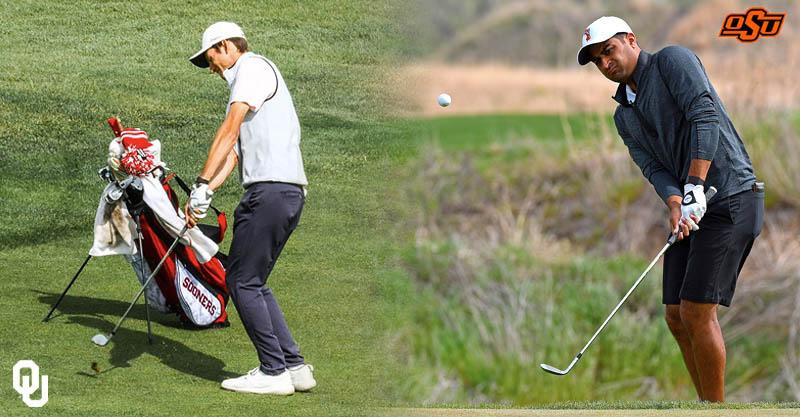 HUTCHINSON, Kan., – Led by All-American Cole Hammer’s 5-under 65, No. 5 Texas stormed into a share of the lead with top-ranked Oklahoma and third-ranked Oklahoma State at the Big 12 Championship Tuesday, setting up a wild final round at Prairie Dunes Country Club.

Complete results and pairings are here.

Texas improved 22 shots from its second round to barge into the Bedlam party. OU moved out of the final group despite a 1-under 279 Tuesday, led by a 2-under 68 from Garett Reband, 69 from Patrick Welch, even-par 70 from Johnathan Brightwell and a 72 by Quade Cummins, who is two shots out of the individual lead at 1-over 211.

Oklahoma State’s Bo Jin shares that lead with Hammer at 1-under 209 after Jin’s even-par 70. Jonas Baumgartner led the Cowboys Tuesday with a 2-under 68, followed by Jin, Aman Gupta and Austin Eckroat each with 70.

The winds are expected to shift to the north at 10 to 20 mph for Wednesday’s final round, meaning the course will play radically different than it did in Tuesday’s somewhat benign conditions.