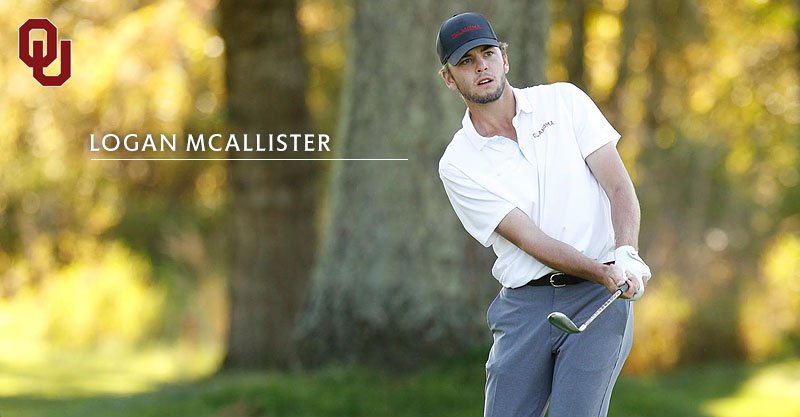 NAPLES, Fla. – The Oklahoma men’s golf team combined for a field-low 4-under 284 in the Calusa Cup’s second round to move from third to first on the leaderboard with 18 holes to play. A trio of Sooners used strong second rounds at the par-72 Calusa Pines Golf Club to grab a spot inside the top 10 heading into Wednesday’s final round.

The Sooners lead Georgia Tech by a shot and Texas by two entering Tuesday’s final round. Live scoring is here.

The second-ranked Sooners will seek their third win of the season. Coach Ryan Hybl’s team trailed No. 1/1 Florida State (+8, 5th) by one point in the latest GCAA Poll. A third win on Wednesday would be tied for the second-most wins in a single season at OU.

“Our guys continue to put us in positions to have an opportunity in the final round,” Hybl said. “It’s important because the feelings you get on the first tee and coming down the stretch are powerful in our development. Logan (McAllister) had a great finish to his day and it was great to see our freshman, Ben Lorenz, get under par. Tomorrow is going to be a fun day.”

The round of the day belonged to McAllister (E, T7), who carded a field-low 4-under 68 to jump 24 spots on the leaderboard into a tie for seventh. The junior’s round was anchored by a string of four consecutive birdies on the back nine, as his seven total birdies led the Sooners on day two.

“I got off to a bad start, but I know how hard this course is playing, so I stayed patient and finally started hitting some really good shots,” McAllister said. “I ran in a few nice putts in a row on the back. Stretches like that don’t happen very often, so I try to enjoy it and keep it rolling. I’ll be more focused on the team side tomorrow, but if I go out and play well, I know that I’ll be right there in contention individually as well.”

Jonathan Brightwell (-1, T4) opened the day in a tie for second before carding four bogeys on his front nine. But the redshirt senior answered the challenge by firing a bogey-free 2-under back nine to remain in contention and pace the Sooners on the leaderboard in a tie for fourth and three shots back of the leader.

Redshirt senior Quade Cummins played another round of solid golf, tallying an even-par 72 for the second consecutive day to grab a share of seventh with 18 holes outstanding. The All-American closed his round on Sunday with four birdies in his last six holes and continued his hot streak on Monday, opening with a pair of birdies to move into the top five. He sunk two more birdies in his round to put his total at a field-high 11, but a pair of late bogeys on 17 and 18 dropped him back into seventh with McAllister.

Freshman Ben Lorenz fired a career-low 71 on Monday to leap 15 spots up the leaderboard into a tie for 16th in his lineup debut for the Sooners. The Peoria, Ariz., product birdied five times in his first 13 holes to move into the top 10 at one point before closing with a double bogey.

All-American Garett Reband  improved on his opening-round 75 by shooting a 1-over 73 on Monday to claim a share of 20th before Wednesday’s final round. The redshirt senior hasn’t finished outside the top 15 in a 54-hole event in over two years, finishing T19 at the 2019 Goodwin. He sits two shots outside of the top 15, with 18 holes remaining at Calusa Pines.