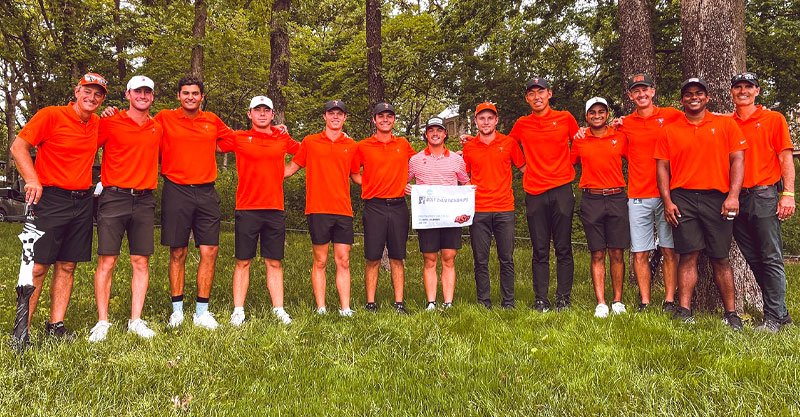 The NCAA Division I Men’s Golf Committee has selected the teams and individuals to participate in the regional rounds of the 2022 NCAA Division I men’s golf championships. No. 2 Oklahoma State was named the No. 1 seed in the Columbus Regional at the Ohio State University’s Scarlet Course, site of some of OSU’s greatest triumphs. No. 1 OU will host a regional at its home Jimmie Austin OU Course in Norman.

Team and individual medalist titles will be decided May 27-June 1 at Grayhawk Golf Club in Scottsdale, Arizona. Arizona State and The Thunderbirds are the hosts for the 2022 championships.

OSU has won five consecutive regional titles, after its 14-shot victory at the NCAA Stillwater Regional a year ago and has captured a nation-leading 15 regional titles overall. Additionally, the Cowboys have produced the regional medalist on 11 occasions, including three-time winner Kevin Tway.

The Reserve at Spanos Park, Stockton, California
Hosted by Pacific and Visit Stockton