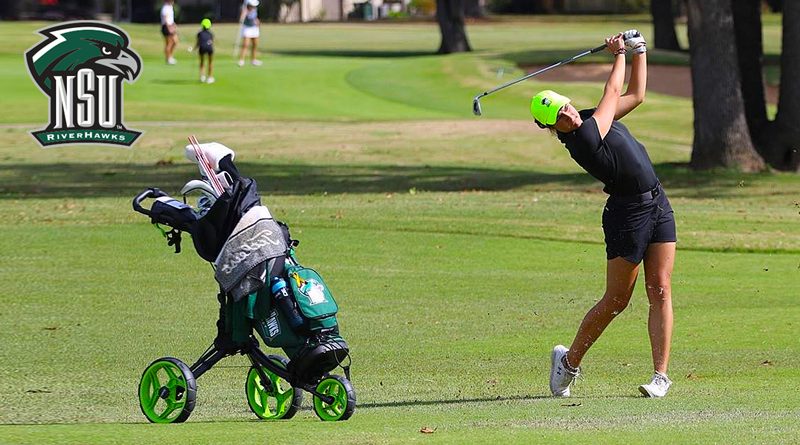 SPRINGFIELD, Mo. – Northeastern State is in second place after the first day at the Central Region Preview carding a 301 on Monday. Dallas Baptist has the lead after shooting 296. Central Oklahoma and Southwestern Oklahoma are tied for third at 304.

NSU freshman Aitana Hernandez tied for second on a 72, matching a career-low round.

Seniors Lexi Armon and Ebba Moberg are tied for fifth overall with a 74.

Roberts is fourth in the individual standings, four shots out of the lead.  Stewart is tied for 14th and Mucciaccio is tied for 20th.

For SWOSU, Elin Wahlin and Chloe Thackeray each shot 74.