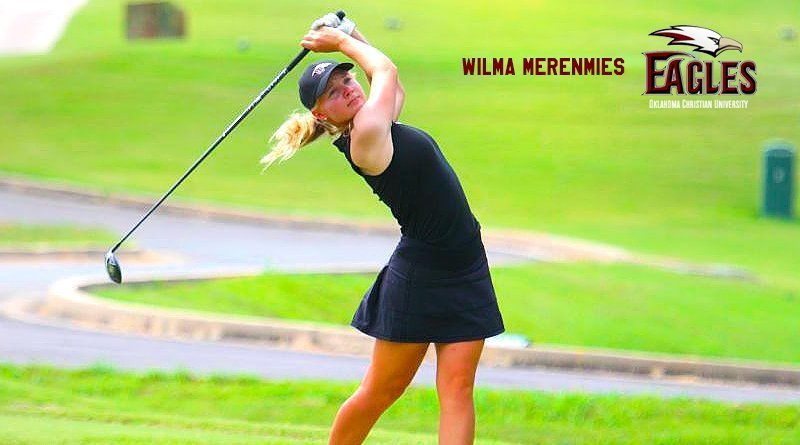 AMARILLO, Texas (Sept. 30, 2019) – Oklahoma Christian freshman Wilma Merenmies put herself into contention with a terrific opening round on Monday in the West Texas A&M Fall Invitational.

Merenies, from Jyvaskyla, Finland, had four birdies en route to a 1-over-par 73 at Tascosa Golf Club’s La Paloma Golf Course, putting her into second place in the 70-woman field, only two shots behind the leader, Holly Winter of West Texas A&M. Two of those birdies came at the par-5 No. 11 and the par-3 No. 12 before she closed her round with six straight pars.

OC had one other player in the top 10, as junior Felicity Wittenberg of West Pymble, Australia, shot a 78 (which included two birdies) to put her into a tie for 10th. Freshman Alyssa Wilson of Yukon, Okla., had three birdies en route to an 80 that put her in a tie for 21st.

Junior Shaley Goad of nearby Wheeler, Texas, and sophomore Alexandria Bennett of Plano, Texas, each posted an 82 and were tied for 25th. Bennett recorded an eagle on the par-5 No. 1 on the 6,006-yard course.

The Eagles will tee off in the final round at 8:30 a.m. Tuesday, grouped with players from West Texas A&M and Texas A&M-Commerce.