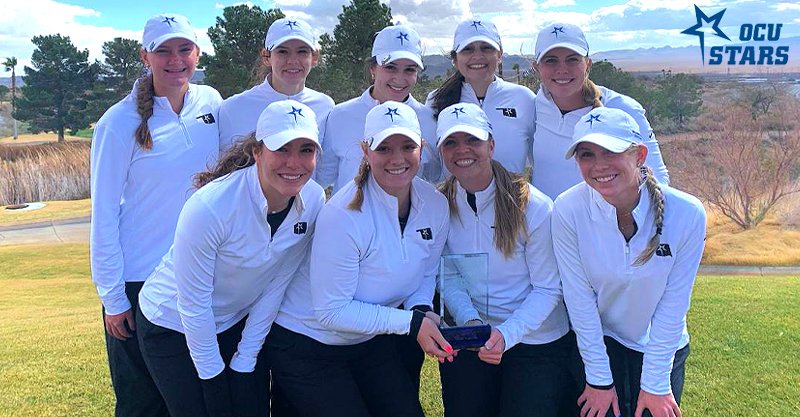 BOULDER CITY, Nev. – No. 1 ranked Oklahoma City University has opened the 2022 spring schedule with a first-place team finish in the Las Vegas Shootout. The tournament was hosted by OCU at the par-72, 5,914-yard Boulder City Golf Course.

OCU will return to action on Mar. 14-15 at the South Dakota State Jackrabbit Invitational. That tournament will be hosted by SDSU at the Boulder City Golf Course on which the Stars just competed.