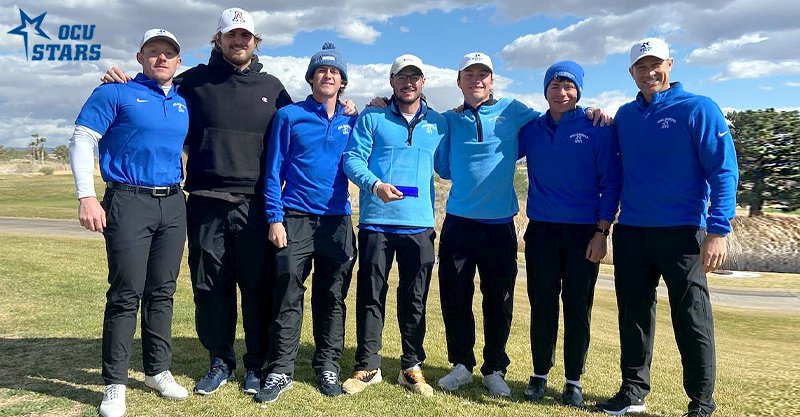 BOULDER CITY, Nev. – No. 2 ranked Oklahoma City University extended its streak of first place finishes for the 2021-22 season to five in five tournaments played with a first-place team in the Las Vegas Shootout. The spring-opening tournament was hosted by OCU at the par-72, 7,452-yard Boulder City Golf Course.

OCU carded rounds of 308, 317 and 297 finish at 58-over par 922 That was 12 strokes better than second place finisher Benedictine University-Mesa (934) and 22 strokes better than third place finisher Weatherford College (944). Rounding out the top-five teams in the 15-team field were The Master’s University (949) in fourth place and Menlo College (958) in fifth place.

Fore recorded an eagle on the 579-yard par-five 13th hole today. He also recorded four birdies today and nine for the tournament.

OCU will return to action next Monday and Tuesday at the Central Oklahoma Broncho Invitational. That tournament will be held at Gaillardia Country Club.