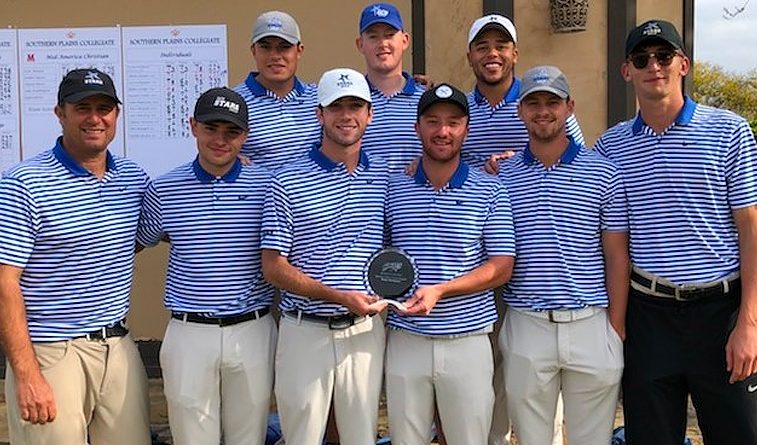 OKLAHOMA CITY – No. 1-ranked Oklahoma City University collected its fourth victory of the season in the Southern Plains Intercollegiate on Tuesday at Gaillardia Country Club.

OCU, top-ranked in NAIA men’s golf, polished off the win by four shots in a battle of No. 1 vs. No. 2. Jack Madden of the Stars finished with a season-best second-place showing.

Madden, a freshman from Dungannon, Northern Ireland, Ireland, supplied the Stars with a 72-71-72–215. Madden pounded in nine birdies and topped the field by making par 39 times. Aman Gupta from Oklahoma State secured the win with his 71-71-69–211.

The Stars completed the fall with four wins in five starts. OCU plays next in the Ottawa-Arizona Invitational on Jan. 28-29, 2019 at The Wigwam Golf Resort in Litchfield Park, Ariz.

OCU returns to Gaillardia for the seventh annual Champions Cup on Nov. 5. For information, go here.