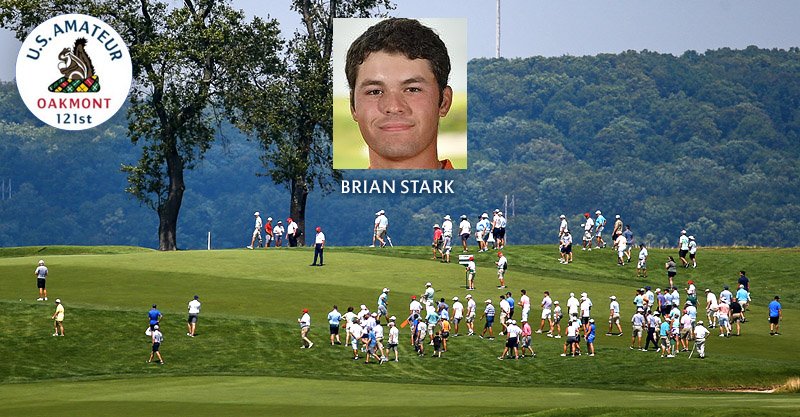 Oklahoma State’s Brian Stark advanced to the round of 16 in the weather-plagued U.S. Amateur Championship at Oakmont Country Club, polishing off a 1 up victory this morning over Trent Phillips of Boiling Springs, Colo.

Stark was leading 1 up through 13 holes when storms forced golfers off the course Thursday evening. He will play Grayson Blunt of Houston, Texas in the round of 16 today.

Two of Stark’s OSU teammates also made it to match play. Aman Gupta lost in the first round, while Bo Jin lost 1 up on 18 Friday morning to Jacob Bridgeman of Inman, S.C. in the second round.

Jin was in a fairway bunker and Bridgeman in the fairway after their drives on the 18th hole when the match was halted Thursday evening. Bridgeman made birdie to close it out when play resumed Friday.