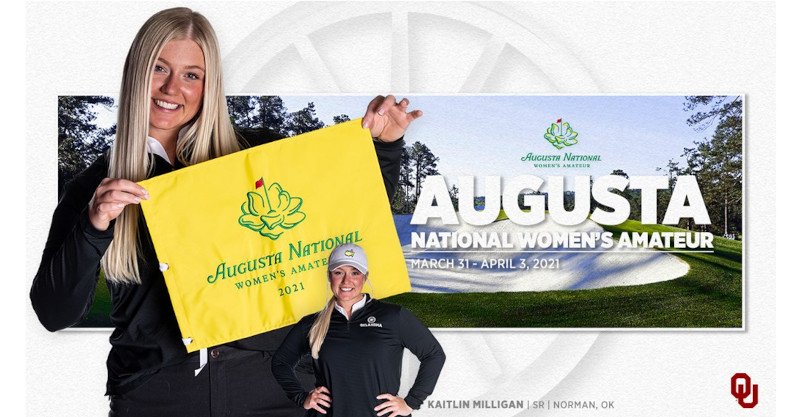 Gathering in Augusta the week before the 85th Masters Tournament, 85 of the world’s best amateur women’s golfers will come together to create the most elite field in all of women’s amateur golf. The field will play 54 holes to determine the second ANWA champion.

“On behalf of the membership at Augusta National, it is my distinct honor and privilege to welcome these talented competitors to the 2021 Augusta National Women’s Amateur,” said Fred Ridley, Chairman of Augusta National Golf Club and the Masters Tournament. “While the wait for the return of this championship has been longer than expected, the excitement generated by the sportsmanship and competitive spirit showcased in the inaugural edition still resonates with us today. We look forward to hosting this elite field this spring and showcasing the future of the women’s game.”

The first two rounds will take place on the Island and Bluff nines at Champions Retreat Golf Club Wednesday, March 31 and Thursday, April 1. Following the second round, the field will be cut to 30 competitors.

“I’m so honored to get an invitation and even more excited to play in the Augusta National Women’s Amateur this year,” Milligan said. “We have had such a long break because of the pandemic and I’m so thankful to get the opportunity to play golf this year. The time off allowed me to get healthy and I once again feel confident in my game. I can’t wait to get out there and see the course and environment. To get this opportunity is like a dream come true.”

Milligan has assembled one of the most decorated careers in program history and holds a 72.85 career stroke average, second-lowest all-time by a Sooner. She possesses the Oklahoma and Big 12 records for the lowest round (62), as well as OU’s lowest 54-hole tournament score (199; -17).

The senior has been the Sooners’ top finisher nine times at tournaments, placing inside the top 10 each time, and owns 17 top-20 finishes as a collegian. She was named to the All-Big 12 Team as a freshman, finished inside the top 50 nationally as a sophomore and set the OU single-season scoring record (71.40) as a junior.

“Anytime that you get invited to play in a field and event like the ANWA, it’s a huge opportunity. It’s something that Kaitlin has worked for and earned,” said OU head coach Veronique Drouin-Luttrell. “It’s one of the best tournaments in the country and great exposure for her, so I’m really excited to see what she’ll do out there.”

Milligan was extended the invitation after previously accepting an invite to the 2020 ANWA, which was canceled due to the COVID-19 pandemic. She follows former Sooner Julienne Soo, who competed at the inaugural ANWA in 2019. Oklahoma joins Texas as the only Big 12 schools to have a student-athlete appear in both tournaments.

“It’s a huge honor for our program to have had someone play in each of the ANWA events so far,” Drouin-Luttrell said. “It’s really cool for our program and shows that we’re doing the right things here at the University of Oklahoma to make sure that our student-athletes have the opportunities to play in events like this.”

Tickets to the Augusta National Women’s Amateur are sold out following an online ticket application process.

Milligan and the Sooners start their spring season on Sunday, Feb. 14 in Melbourne, Fla., at the Moon Golf Invitational, which will host 14 ANWA players and five top-10 teams. The ninth-ranked Sooners are searching for their third Big 12 championship of the Drouin-Luttrell era.