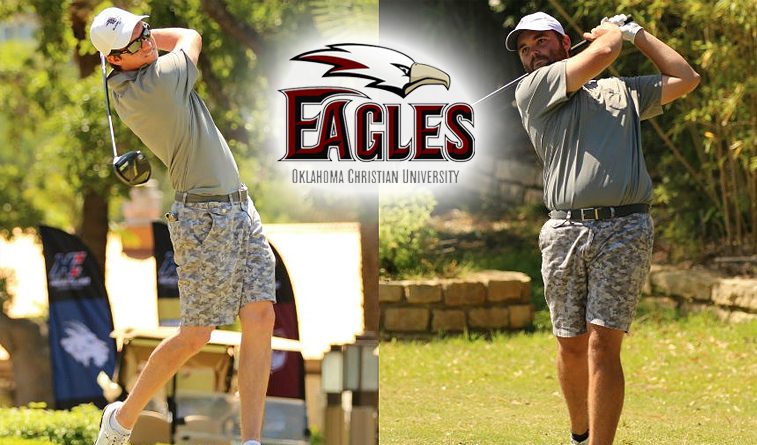 OC juniors Juan Pallach and Garrett White received first-team honors, while junior Cameron Brown made the league’s second-team list. It’s the first All-Heartland selection for all three OC players. OC had more players selected by league coaches for the 11-man list than any other team.

Pallach, from Mexico City, has a scoring average of 73.17 over 29 rounds and is ranked 10th in the South Central Region and 88th in NCAA Division II. He’s posted five top-10 finishes, including runner-up showings in the Great American Conference Preview and the St. Edward’s Invitational.

White, from Lindale, Texas, won the Heartland Conference Championship last week at Slick Rock Golf Course in Horseshoe Bay, Texas – his first win for OC after transferring from Tyler (Texas) Junior College. His 11-under-par score at the conference tournament was the second-lowest in Heartland tournament history. White has a scoring average of 74.17 over 29 rounds, with eight of those rounds being under par.

Brown, from Jacksonville, Texas, has a scoring average of 73.48 over 29 rounds and ranks 20th in the region and 121st in Division II. He has six top-10 finishes and six under-par rounds this season, his first at OC after also transferring from Tyler.

The trio has helped OC earn a berth in the Division II South Central-West Super Regional for the second time in three years.

“Garrett obviously capped a solid year with a conference-winning performance. He’s playing with great confidence right now. As a coach I’m so proud of all the work these guys put in to be excellent student-athletes. They make me, and OC, very proud.”