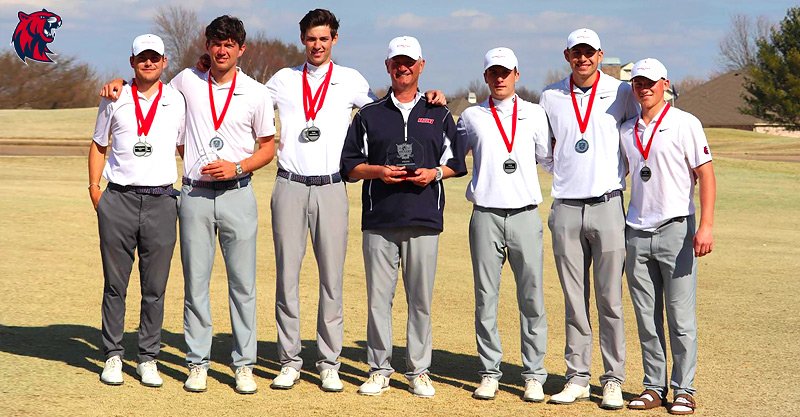 OWASSO, Okla. – Rogers State men’s golf won the Hillcat Classic on Tuesday. The Hillcats have won all three tournaments they have competed in this spring, and have won five-straight going back to the fall season.

After three rounds at the Par 72, 6,695 yard Bailey Ranch Golf Club, RSU claimed the tournament victory with a card of 871 (+7), which was 14 strokes ahead of second place.

Luke Palmowski won the individual title after shooting 210 (-6), two strokes ahead of second place. The senior sank 17 birdies in the 54 holes and shot a low round of 69 in the final round.

RSU will be back in action on Monday, March 21 as they travel to El Dorado, Ark. to compete in the Arkansas Collegiate, hosted by Southern Arkansas as the Mystic Creek Golf Club.