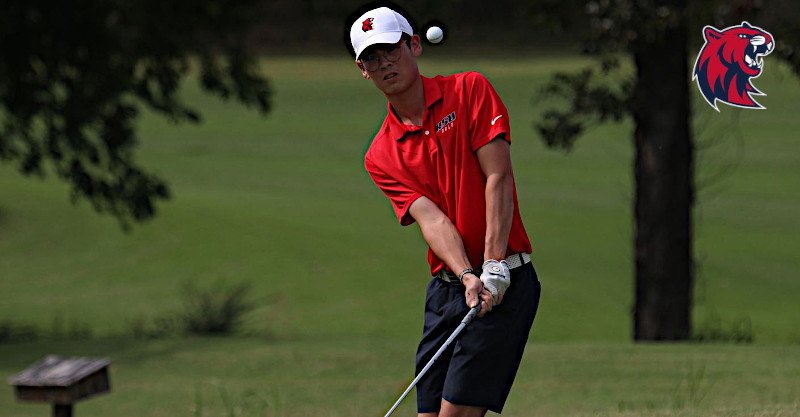 LAREDO, Texas – The Rogers State men’s golf team wrapped up it’s opening tournament of the 2021 season on Tuesday, taking second-place to extend its streak of top-two finishes to four-straight tournaments.

Luke Palmowski led the Hillcats on Tuesday, posting a round of 73 with two birdies and 14 pars. The junior climbed into a tie for second overall and finished at +1 for the tournament. Freshman Elliot-Han Monteremal wrapped up his first collegiate tournament with 13 pars on his way to a 77 and a sixth-place finish.

Aidan Gavey also recorded a top-10 finish for the Hillcats as he birdied the last hole to climb into a tie for seventh overall. Gavey finished with an 80 in the final round. Gonzalo Chaves fired his second-straight round of 78 to close out his three rounds at +22 for the tournament. Chaves climbed two spots on the final day to finish 25th overall. Logan Meehan also fired his best round of the tournament on Tuesday. Meehan had three birdies on his way to an 80 as he climbed one spot to finish in 30th.

Rogers State will have over a month break before returning to action for the Hillcat Classic on March 15-16. The two-day, three-round event will be held at Bailey Ranch Golf Club in Owasso, Oklahoma. Last year’s event was canceled due to COVID-19, so the Hillcats will be looking to defend their 2019 Hillcat Classic team title.