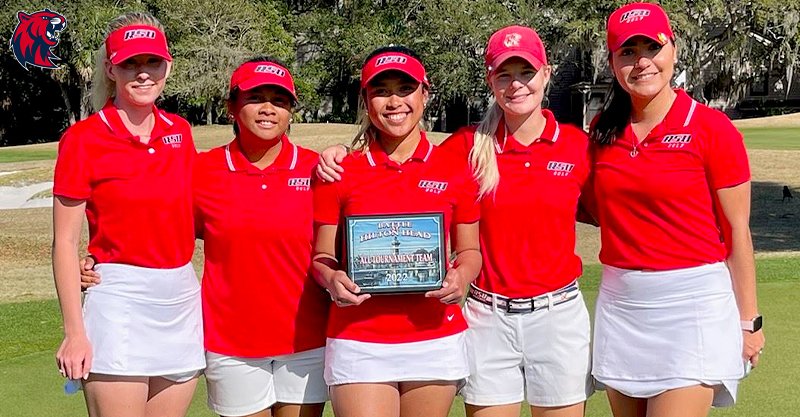 College Around Oklahoma Rogers State University
February 23, 2022February 23, 2022 Ken MacLeod
Like and Follow Golf Oklahoma
HILTON HEAD, S.C. – Rogers State women’s golf finished fourth at the Battle of Hilton Head with the final round on Tuesday.
No. 18 Carson-Newman won the event with a 602 and Wingate placed one shot better than Lee in second at 605.  Rogers State was fourth at 622 after two rounds at the par 72, 5,934-yard Robert Trent Jones-Palmetto Dunes Oceanfront Resort.

“This was a great first tournament for our team,” coach Whitney Hocutt said. “The weather and the golf course was amazing. A big thank you to Barton College and Palmetto Dunes for having us.””As a team, we need to put two rounds together collectively,” Hocutt continued. “Each of the ladies fought hard and left it all on the golf course. We will learn and overcome this for the rest of our season. I am proud of Marelda and her play this week. She has been capable of this for a while and she finally put it all together. We are ready for our next event at Harding next week.”

RSU will be back in action on Monday, Feb. 28 as they travel to Cabot, Ark. to compete in the Women’s Natural State Golf Classic.