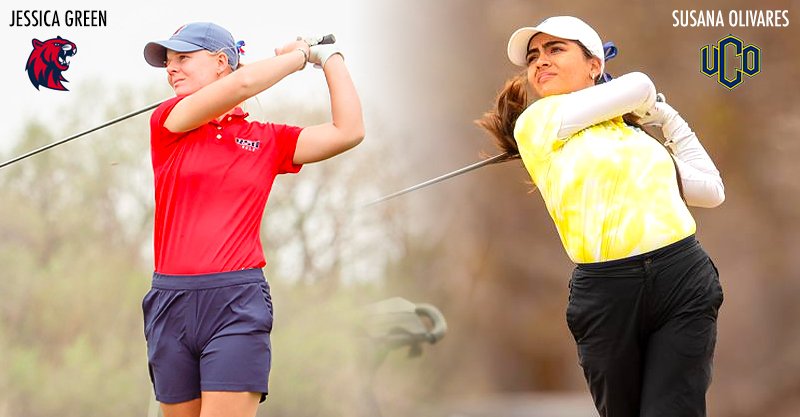 “I am so proud of our ladies,” said coach Whitney Hocutt. “They had a successful year and should be very proud of themselves. As a coach, you just want your team to have a chance to keep playing throughout postseason. That is exactly what we had. They played a great tournament. We had some mistakes that cost us some shots yesterday and today, but overall I am so proud of the way they played and did not give up.”

“I am grateful to senior Jess Green and everything she achieved during her time here at RSU,” Hocutt said.. “She helped build our program and I know she will be successful with all future endeavors. With that, I am also very excited for the future. We have some great players coming back next year, and that was demonstrated all season by their play.”

“This week was fantastic and one our ladies will remember for a lifetime,” Hocutt concluded. “Gainesville, the University of North Georgia, the NCAA and Chattahoochee Golf Club did a phenomenal job hosting this event. We cannot say thank you enough to each of them and the volunteers who made this an incredible week. To our RSU administrators, fans, parents, and boosters thank you for your unwavering support this entire year. It means the world to us and you all helped us achieve the success we had. This made back-to-back championship appearances for us, and we are already looking forward to next year!”

Central Oklahoma’s Susana Olivares had a rough finish in the final round of the NCAA Division II Women’s Golf Championships Thursday.

Olivares opened the day with nine consecutive pars at the 6,004-yard, par-72 Chattahoochee Golf Club in shooting a front-nine 36, but triple bogeyed No. 10 en route to a back-nine 44 for a closing 80.

The sophomore standout finished the 54-hole tournament with a 231 total in tying for 48th place in the 98-player field.

“Susana played great on the front nine and was really making a move,” head coach Michael Bond said. “Unfortunately she made a couple of mistakes on No. 10 that cost her and it was tough to recover from that.”