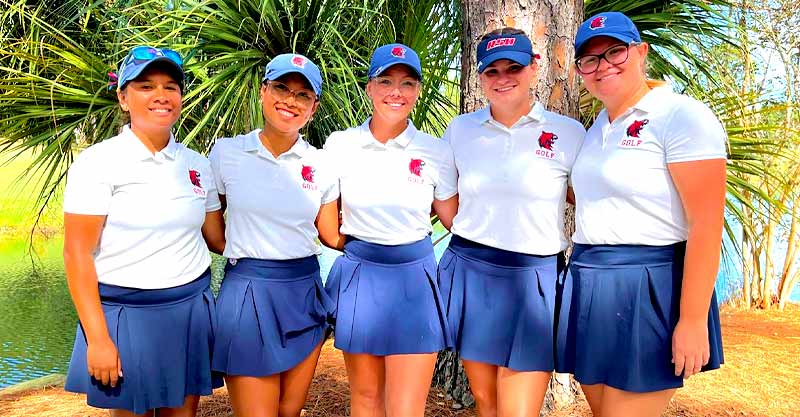 “What a great week in Florida,” said head coach Whitney Hocutt. “Thank you to Lance Ringler with Golfweek and to Sandestin Resort for hosting this event. The weather and golf course were great. The team collectively fought hard and put two great rounds together, which is what we are capable of each round. This was a great week for the team, and we are looking forward to closing out the fall with our next two events.”

Marelda Ayal led RSU in a tie for fourth after shooting 216 (+3) for the tournament. She finished the tournament strong with a 69 in the final round with three birdies and an eagle on the day.

“Jaelynn Unger shot her tournament career best in round two; I am very happy and proud of her,” continued Hocutt. “Lydia Sitorushad a great event and stayed steady all three rounds. It was also a great event for Marelda Ayal finishing fourth. She was right there to win the individual title and fell short by just a couple of shots. I also saw many great shots by Kristin Gudmundsdottir and Brianna Maddux.”

The Hillcats are back in action on Monday, Oct. 10 as they travel to Eureka, Mo. to compete in the NCAA Division II Preview at Fox Run Golf Club.