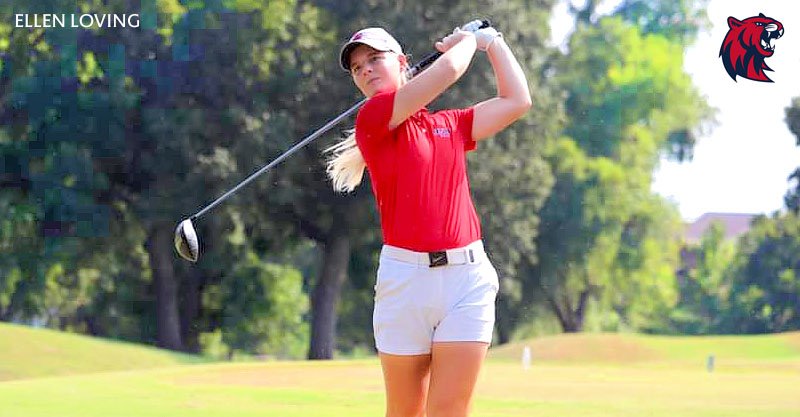 Rogers State shot 7-over 291 to take the lead in the 20-team Grace Shin Invitational at the Golf Club of Edmond. The University of Central Oklahoma is the tournament host. Shin was a popular UCO player who died in 2018 after a two-year battle with leukemia.

Ellen Loving leads RSU in first place after shooting 2-under 69. She sank four birdies on the day.

Next in was Lydia Sitorus in a tie for third with a 71. Jessica Green sits in a three-way tie for 10th with a card of 73. Raquel Flores is in a large group of eight tied at 35th with a 78. Jaelynn Unger is in a group of nine tied for 54th after a round of 80.

NSU is in fourth place followed by Cameron while host UCO is sixth.  For NSU,  Aitana Hernandez and Kaylee Petersen are tied for fifth with rounds of 82. Nina Lee shot 77 and Yasmin Hang 79.
Emma Shelley fired a 1-over-par 72 to lead Central Oklahoma.
“Overall we didn’t play very well today,” head coach Michael Bond said. “Emma was steady all day, as she usually is. We made some mistakes that we don’t normally make on this golf course and hopefully we can correct those tomorrow.”Susana Olivares backed up Shelley with a 74, while Mika Ramos shot 77. Madison O’Dell added an 80 and Kinsely Hall an 82.

Taylor Towers paced the second team with a 77. Emily Miller came in with an 80, Faith Stewart shot 83 and Arin Zacharyfinished with an 86.