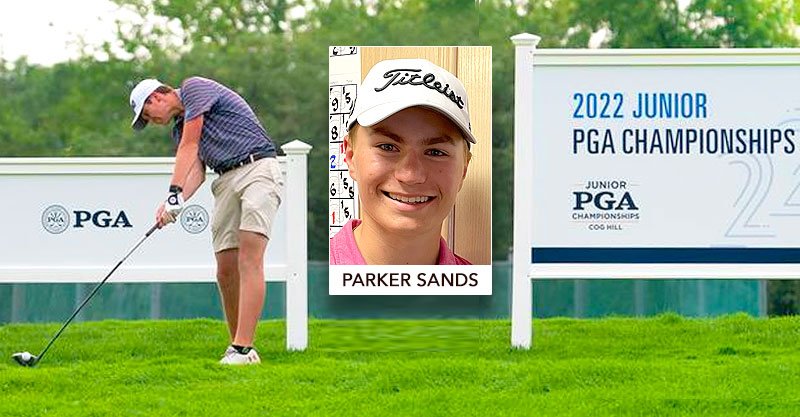 Parker Sands of Edmond shot a third-round 2-under 70 to advance into the final round of competition at the Junior PGA Championship at Cog Hill Golf & Country Club int Palos Park, Ill.

Sands made the cut of the final 25 and ties on the number at 3-over, while Ryder Cowan of Edmond finished a shot outside the cutline at 4-over after a third round of even-par 72.

Among the girls, University of Tulsa signee Grace Kilcrease of Springdale, Ark., missed the cut after a third-round 77. Jenni Roller of Jenks had missed the 36-hole cut on Wednesday.

Max Herendeen of Bellevue, Wash., leads the boys competition at 12-under after rounds of 68-66-70.. The final round is today. Complete scores and more tournament coverage here.