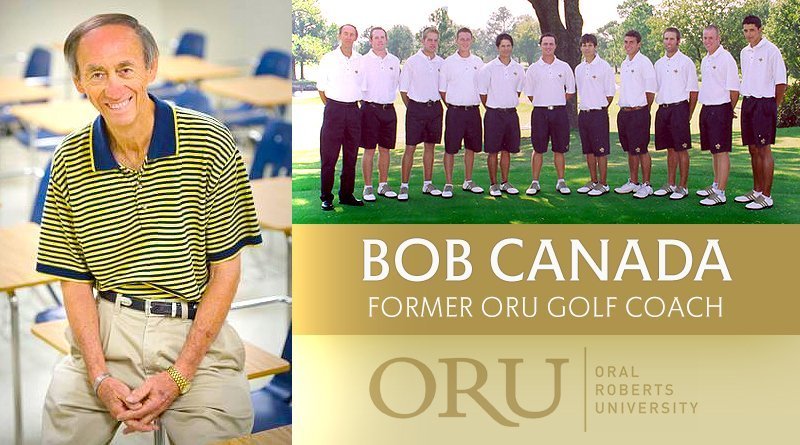 TULSA, Okla. – Oral Roberts University has announced that former golf coach Bob Canada passed away on Sunday night of complications from a heart attack at the age of 77.

“Coach Canada has been a vital part of the ORU athletic department for nearly 30 years and we are deeply saddened by the news of his passing,” said ORU Director of Athletics Mike Carter. “We are praying for his wife, Helen, and son, Mike, during this difficult time. Our hearts are broken for the Canada family and the golf community with the loss of such a wonderful person.”

After spending 29 years teaching and coaching at the University, Canada was recently lauded by the university when it named its new Health, Leisure and Sports Sciences (HLSS) conference room in his honor on February 27.

Canada also contributed to ORU in academics by directing summer school programs from 1991-1992 and serving as the Director of Continuing Education. He served as an assistant HLSS Professor as well as the head of the Recreation Administration Degree Program. Canada was an Associate Athletic Director from 1993-1994.

Canada is survived by his wife Helen and son Mike. There will be a visitation with family and friends Thursday night in the Bob Canada Conference room in the Aerobic Center from 6 p.m. to 8 p.m. Funeral services will be Friday at 10 a.m. at Southern Hills Baptist Church.