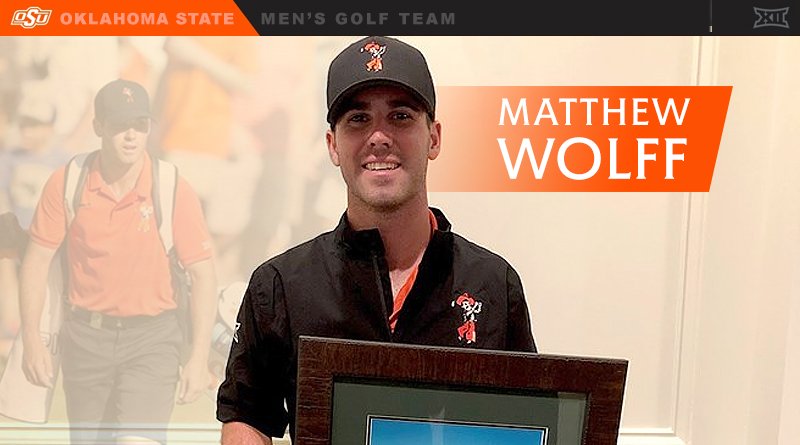 PALM CITY, Fla. — Oklahoma State’s men’s golf team wrapped up play on Monday at the Valspar Collegiate with a fourth-place showing at Floridian National Golf Club after finishing with a 14-under 838 total.

Due to the threat of inclement weather in the forecast, the field attempted to complete 36 holes on Monday at the par-71, 7,114-yard layout. However, two teams had to return to the course Tuesday morning to finish their rounds.

OSU posted a 275 total during its morning round before finishing with an even-par 284 during the afternoon round. Wake Forest won the event at 827, while Auburn was second at 833 and South Carolina was third with its 836 score.

Matthew Wolff wrote his name into the school’s record books and extended the squad’s string of individual victories in the process. The sophomore posted rounds of 66 and 68 on Monday to finish at 14-under 199 and a stroke clear of the field. Wolff’s victory was his fifth this season, setting a program single-season mark. Additionally, Wolff produced OSU’s eighth consecutive medalist. With the Cowboys having produced the individual champion in each of their eight tournaments, they matched the 1976-77 squad for the second-best total in school history.

After posting a 5-under score during his second round which included five birdies and an eagle, Wolff closed with a bogey-free final round. After posting birdies at Nos. 4, 7 and 8 to turn in 3-under 32, Wolff posted nine consecutive pars to close out his round.

Viktor Hovland carded rounds of 67 and 72 to finish at 7-under 206 and tied for fifth place. The junior has posted top-10 showings, including three victories, in each of his six starts this season.

Sophomore Austin Eckroat carded rounds of 70 and 71 to finish tied for 37th place at 215.

Senior Zach Bauchou finished in a tie for 55th place after rounds of 73 and 74 gave him a 220 total. Classmate Hayden Wood finished at 222 and tied for 63rd place after signing for rounds of 72 and 73.

Competing individually, freshman Aman Gupta tied for 40th place at 216 after posting scores of 73 and 74 on Monday.

The Cowboys will be back in action on April 6 when they begin play at the Aggie Invitational in Bryan, Texas.