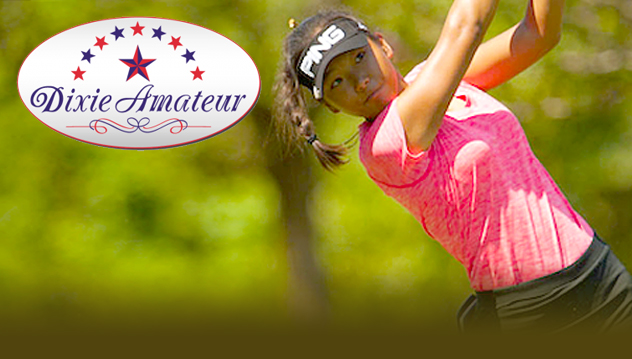 Yujeong Son closed strong with a final-round 3-under 69 to win the Dixie Amateur by five shots.

Son, 15, from Norman, entered the final day on the East Course of Woodlands Country Club just one-shot clear of 13-year old Elle Nachmann. Son continued to play at the same high level she’d exhibited throughout the week while Nachmann struggled to keep pace, finishing with a 3-over 75 to fall to a tie for 6th.

The highest ranked player in the field at 9th in the World Amateur Golf Rankings was Arizona State sophomore Linnea Strom. Though a 3rd round 76 likely cost her a shot a winning, Strom fired a 3-under 69 final-round to move from a tie for 5th into a tie for 2nd at 2-under par with 2018 USC commit Jennifer Chang.

Gina Kim, winner of the AJGA Rolex Junior Championship earlier this year, fired the round of the day, a 5-under 67 to tie 2017 Stanford commit Mika Liu for 4th place at 1-under par.

For Son, the win further solidifies her as one of the top junior players in the country. Her list of accomplishments includes: youngest winner of the Oklahoma Women’s State Amateur at age 13, two-time AJGA All-American, and semifinalist at the 2016 U.S. Junior Girls Championship.

The Dixie Women’s Amateur was first played in 2002 and already boosts an impressive list of past champions including World Ranked No. 5 Lexi Thompson (2007) and LPGA Tour players Meaghan Francella (2002), Angela Park (2005) and Vicky Hurst (2006). We wouldn’t be surprised to see Son follow in the footsteps of these former champions.