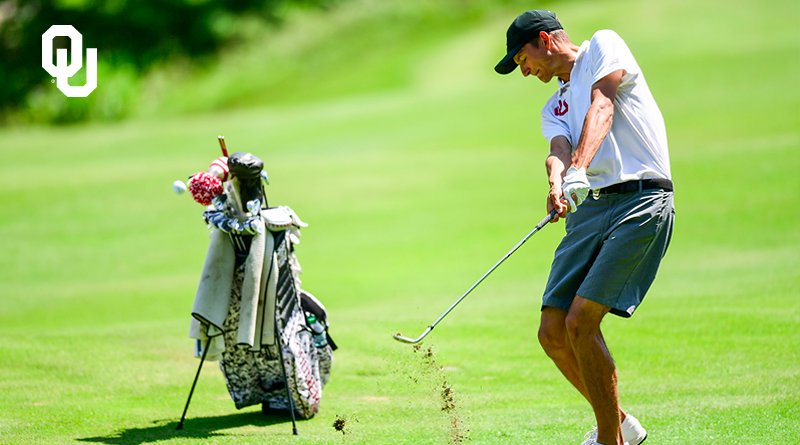 The No. 1-ranked Oklahoma men’s golf team is in second place after two rounds at the Puerto Rico Classic. The Sooners are one stroke out of first play with 18 holes remaining at the par-72, 6,902-yard River Course at the Rio Mar Country Club in Rio Grande, P.R.

Two Sooners sit in the top five after 36 holes as senior Garett Reband and sophomore Patrick Welch are tied for third with two-day totals of 7-under 137. Reband fired a 5-under 67) on Monday after going bogey free on the back nine and posting five birdies.

Welch recorded a 66  in his second round – the lowest round score of his collegiate career. The sophomore posted four straight birdies on the front nine and a total of seven on the day.

“Very solid day of golf for all of our guys today,” OU head coach Ryan Hybl said. “Welch had his best round in college career and he really got it going early during the round. Quade (Cummins) and Garett finished strong today and that is so fun to see.  We are in a great spot heading into tomorrow and our guys feel great.”

Cummins also went low shooting a 67. The senior made an eagle on the back nine to bring his total to 6-under 138, holding a tie for sixth place through 36 holes.

Freshman Jake Holbrook shares ninth place at 139 after a 2-under 70. Two strokes behind Holbrook is senior Thomas Johnson, who is tied for 16th. Johnson also shot 70 Monday.

The final round will begin Tuesday at 5:30 a.m. CT with a shotgun start. The Sooners will be paired with Alabama and No. 3 Georgia Tech.

Live scoring is available on GolfStat.com.