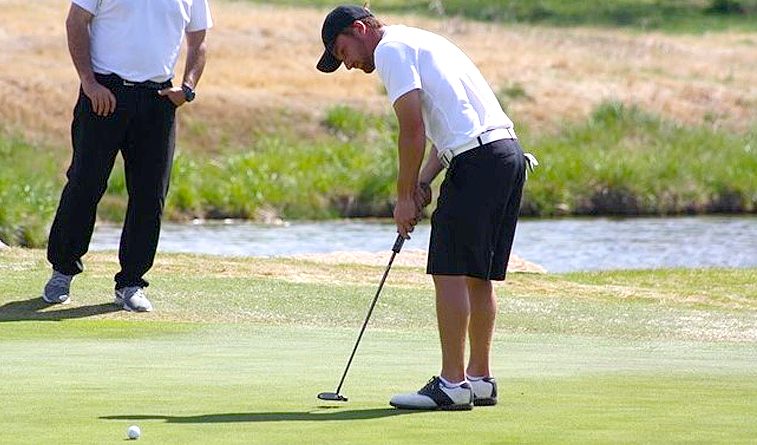 The Stars, ranked No. 1 in the NAIA, seized an eight-stroke advantage after trailing by three shots through one round. All five OCU golfers had spots among the top 10.

The Stars’ Carson Seals was tied for eighth place, and Peri’Don Castille held 10th. Castille, Kaminski and Seals were the only golfers among the field to hit eagles. That trio buried an eagle each on the par-5, 562-yard third hole.

Meyers, a sophomore from Johannesburg, South Africa, posted a 69-73–142. He and Williamson were the only golfers under par after two rounds in the field. Meyers sank nine birdies to lead the tournament along with Castille.

Kaminski turned in a 74-70–144 with seven birdies. Kaminski, a junior from Johannesburg, South Africa, is bidding to win his third SAC individual championship. Mendoza, a senior from Clinton, Okla., supplied OCU with a 74-70–144 while making par 25 times.

The high temperature at the course Monday was 72 degrees. At the start of play Monday, the temperature was in the mid-50s and spent most of the day in the 60s. The wind blew around 15 mph with gusts up to 20 mph.