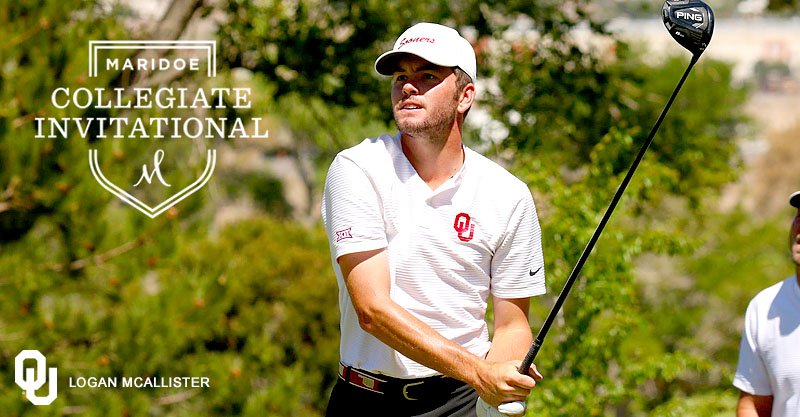 CARROLLTON, Texas — Following a runner-up finish at the Carmel Cup to open the new season, the Oklahoma men’s golf team heads south to continue its 2021-22 campaign at the Maridoe Collegiate Invitational this week. The three-day, 54-hole event will pit the seventh-ranked Sooners up against some of the best teams in college golf at the par-72, 7,351-yard Maridoe Golf Club. The tournament is set to be broadcast daily on the Golf Channel from 3-6 p.m. CT.

Oklahoma will look to build off last week’s strong performance at Pebble Beach as OU distanced itself from most of the field on the final day to end up one shot behind Oklahoma State to finish second. Senior All-American Logan McAllister birdied three of his final four holes to force a playoff with Georgia’s Trent Phillips – McAllister would win the playoff and notch the third win of his career. The Sooners’ lineup at Maridoe will feature five golfers from the team’s appearance at the Carmel Cup, as Hybl’s team will lean on McAllister, Chris Gotterup, Stephen Campbell Jr., Drew Goodman and Welch this week.

Patrick Welch, SR, Aliso Viejo, Calif. – Won the East Lake Cup in October 2020, firing a 67 … Career-scoring average of 71.73 is the sixth-best in program history … Honorable mention All-American as a freshman in 2019 … Won the drive, chip and putt competition at Augusta National in 2014 … 26 tournaments played for the Sooners, notching 13 top-20 placements and six top 10s.

Drew Goodman, FR, Norman, Okla. – Second appearance for the Sooners … Two-time AJGA All-American … Ranked No. 30 in the Rolex AJGA ranking … Took home medalist honors at 2018 Under Armour Jordan Spieth Championship and 2019 Bass Pro/Payne Stewart Championship … Ranked 16th in the 2021 class by Golfweek and is the No. 1 prospect in the state of Oklahoma … Three-time champion of the OJGT/TJGT Red River Challenge … National Merit Semifinalist … Fired 59 at Belmar Golf Club in early Sept. 2021.