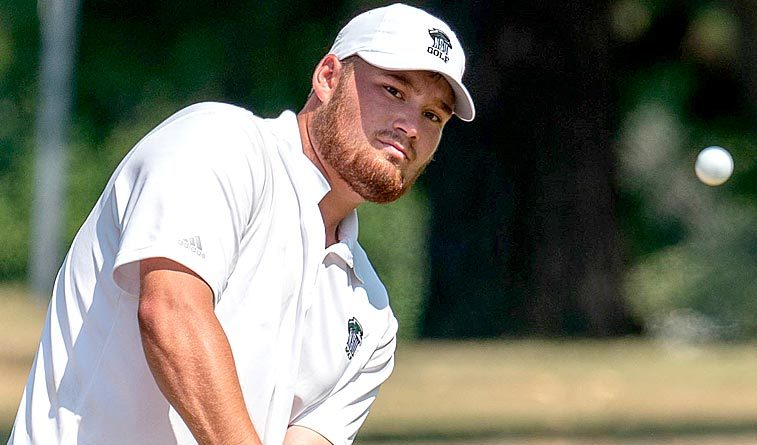 Gustavo Tineo led the Bulldogs in all three days of the event, turning in under par scores each day including a 2-under par 70 on the final day placing him seventh at -4 for the tournament. Gregor Weck shot 74 to put him at 2-over and tied for 28th.

The Bulldogs will return to the course to wrap up their fall season at the Central Regional Invitational on October 8-9 in St. Joseph, MO.

Holden Crago fired a two-under-par 70 to pace Central Oklahoma.  The Bronchos closed with a 1-under 287 to finish in a tie for seventh with an 872 total in the three-day, 54-hole event at the 6,713-yard, par-72 Hot Springs Country Club.

Crago tied for eighth in the medalist standings with a three-under 213 total.  He made 14 birdies in the tournament.

Murray played the par-5s in seven-under in finishing at one-under 215 to tie for 14th.

The RiverHawks will be back in action next on Oct. 8-9 to play in the Missouri Western State Invitational.