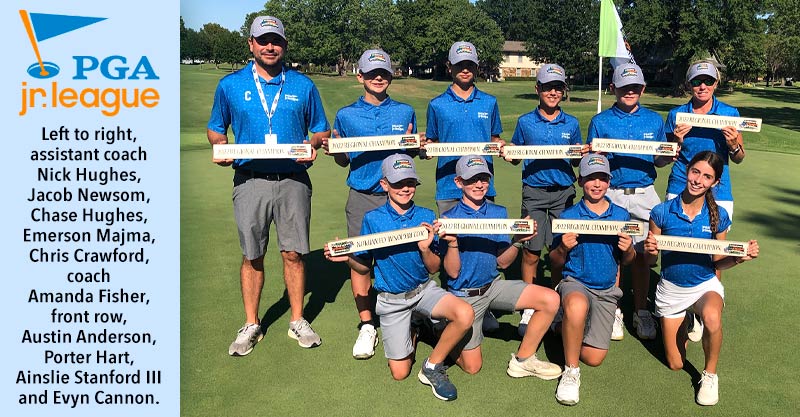 Brimming with confidence, Team Oklahoma is determined to improve on its third-place finish of a year ago when the 2022 National Car Rental PGA Jr. League Championship begins Friday at Grayhawk Golf Club in Scottsdale.

The three-day tournament will have ample national television coverage on ESPN. Coverage Central Daylight Times are:

Stanford, Majma and Hughes have spent the past few weeks competing successfully in Oklahoma Junior Golf Tour events against some of the top juniors and college-bound stars in the state.

If one looks at the contenders from their drawing areas, Oklahoma, Connecticut and Utah are the outliers ranked 28, 29 and 30 in U.S. population. The country’s six most populous states – California, Texas, Florida, New York, Pennsylvania and Illinois – are all represented, as is Minnesota (22).

That won’t deter Fisher and her bunch. They were by far the best team during the regular season and at regionals.

National Car Rental was named the inaugural title partner of the Championship Season last year. PGA Jr. League’s biggest corporate partner since 2018, as well as an Official Partner and the Official Rental Car of the PGA of America since 2012, National’s title partnership aims to continue fueling meaningful growth of PGA Jr. League and supporting the program’s endeavors to welcome more kids to the game.