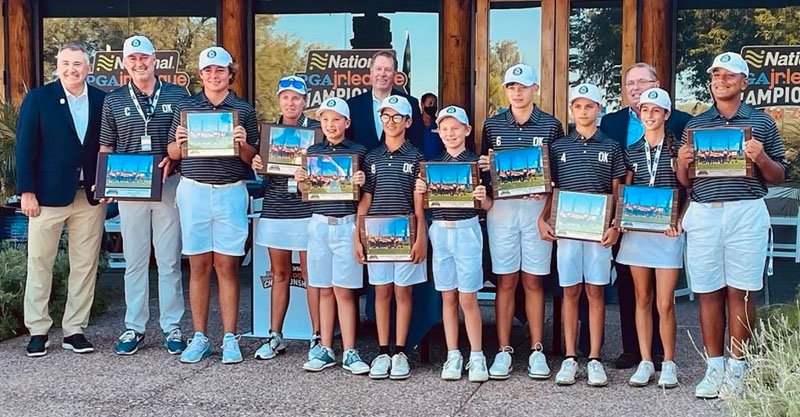 Scottsdale, Ariz. (Oct. 10, 2021) – After being knocked off by Team Utah in the morning semifinals, Team Oklahoma bounced back to defeat Team Florida and place third in the National Car Rental PGA Jr. League Championship Sunday at Greyhawk Golf Club.

Utah went on to win the championship with a 7.5 to 4.5 victory over Team Connecticut.

This was Utah’s PGA Jr. League Championship debut, and after taking the third seed into Sunday’s match-play semifinals, it knocked off No. 2 Team Oklahoma (Broken Arrow) in the morning before defeating No. 4 Connecticut.

“Oh my goodness, it was just amazing,” Utah Captain Tele Wightman, PGA, said. “You’ve got Oklahoma, Florida, Connecticut … such good teams, but we really believed in ourselves and felt like we had a team that could get it done. Then you are watching [the match unfold] and you think, this could be happening. The shots they pulled off towards the end, it’s amazing.”

Oklahoma and Florida finished the first six holes of their nine-hole match tied, but Oklahoma came on strong on the final three holes. It won three of the four matches down the stretch and halved the other to secure their third-place finish. Results are here.