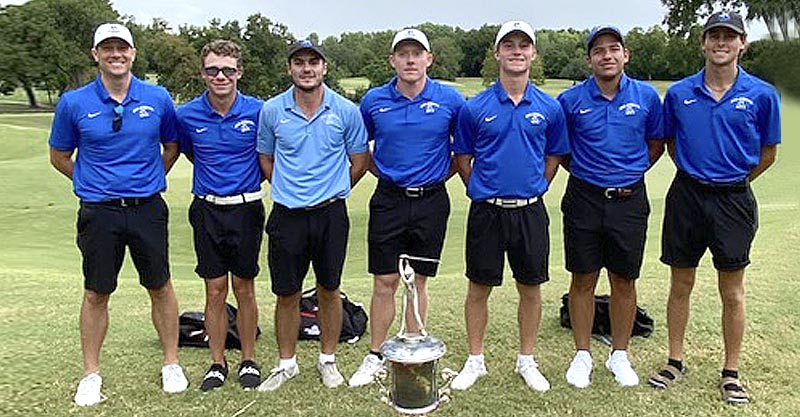 Oklahoma City, ranked seventh in NAIA men’s golf, polished off the victory by 16 shots. The Stars’ Dalton Daniel ended tied for the tournament lead after 54 holes, but fell short in a playoff.

OCU posted a 287-285-285–857 on the par-72, 6,898-yard course. Tyler (Texas) came in second, while Texas Wesleyan finished third. The Rams entered the tournament at No. 5 in the Golf Coaches Association of America NAIA rankings.

Daniel delivered a 72-70-67–209 to end in first place alongside Aymeric Laussot from Texas Christian after 54 holes. Daniel, a senior from Newcastle, Okla., started the day four shots off the pace. Daniel sank six birdies Tuesday to finish the tournament with 14. Laussot won the playoff on the fourth hole.

Two Oklahoma City golfers landed among the top five. Dylan Teeter shot a 71-72-73–216, good for a tie for fifth place. Teeter, a freshman from Bixby, Okla., knocked in 15 birdies.

Oklahoma City will wrap up its fall schedule Oct. 4-5 in the Rose Creek Classic at Rose Creek Golf Club in Edmond, Okla.