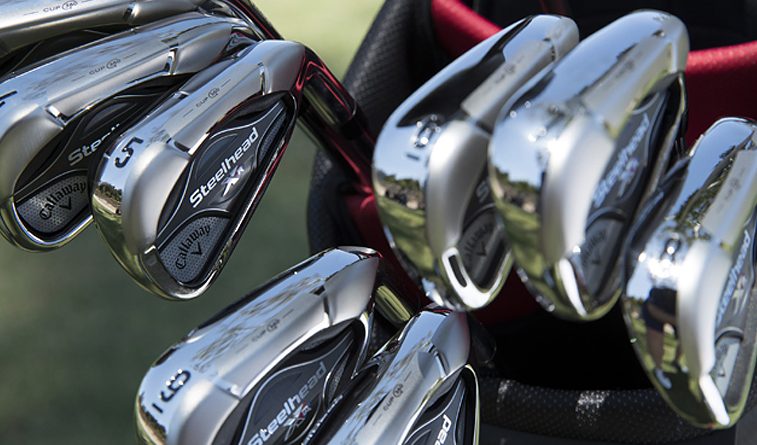 Fifteen years ago I had a set of Steelhead X-14 irons from Callaway Golf. They were actually released in 2000 and though at the time they were cutting edge design Callaway’s new Steelhead XRs would blow them away in a side by side comparison—that is if I still had the X-14s.

Besides the name the newest model has a similar head shape, particularly at address with a somewhat more rounded toe, the X-14s longer looking blade length and a revamped bore-through hosel. But don’t make the mistake of thinking the XRs are merely an updating of some model pushing its 20th anniversary. They are also more than an update of the XR model from 2015 though both fall into the category of iron most of us should be playing…namely game-improvement.

Steelhead XRs are a modern game-improvement iron suitable for even low handicappers looking for an easy-to-hit forgiving club.

After extensive on-course time the benefits of Callaway’s 360 face cup construction were very evident and never more so than on off center impacts. The distance produced when hit in the center of the face is impressive but to me more significant is how far the ball when the impact wasn’t in the exact center.

Steelhead XRs’ bore-through hosel allows weight from the heel area to be shifted closer to the impact area so the center of gravity is dead in the center of the face. As Dr. Alan Hocknell, Callaway’s senior vice president of R&D, points out not all irons are able to do that. “We’ve used the lightness of this hosel to get that weight distribution and put the CG right there.”

Game-improvement irons don’t have progressive center of gravity placement but the Steelhead XR long irons have it low and back in the head while the mid-irons have the CG mid-back and the short irons have a low mid placement to help the ball flighting and spin control. So decide for yourself but that sounds very close to being progressive as the loft increases.

Of particular note, living in Florida where the wind blows almost all day every day, the ability of an iron to produce different trajectory shots is a must. The Steelhead XRs did that very well. As an example during a morning round one of the par-3s, which plays slightly downhill, had a light breeze helping left to right. The shot called for a 6-iron which I hit into the middle of the green.

Late that afternoon, having gone back out and playing the same hole, the wind had strengthened and switched to directly into us. I felt a 6-iron was still the club but hit the shot about half the height of the morning, again to the middle of the green.

It’s helpful to be playing clubs that not only will do that but more importantly after some experience with them gave me the confidence to even attempt those totally different shots.

Negatives: The basic trajectory of the Steelhead XRs is higher than some will like if they already are high ball hitters. Though they should be attractive to low handicap players since the amount of offset is minimal and the forgiveness is evident with every swing, some may want a more of a “players’ iron” look at address.

Recommendation: Callaway is on a roll with the entire iron line and if your to-do list this summer has a line item for the purchase of new game-improvement category irons the Steelhead XRs are a great choice. A set of 5-iron through pitching wedge is $600.