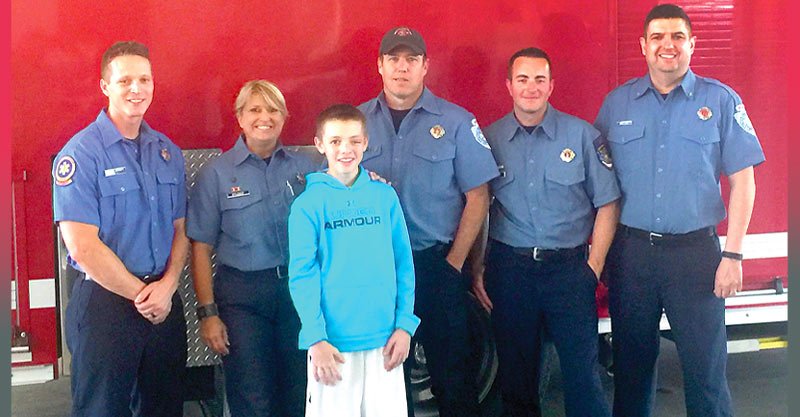 Tens of thousands are eagerly anticipating the 2022 PGA Championship at Southern Hills. None more so than Traden Karch.

The senior at Broken Arrow High School loves it anytime he can visit with the pros, particularly Rory McIlroy, Rickie Fowler and others, who helped him so much in his recovery from a tragic auto accident six years ago that shattered his skull and left him with brain damage and in a coma. Karch, 19, will be a standard bearer during this event, just as he was in 2018 at Bellerive Country Club in St. Louis. He was the PGA of America’s guest of honor at the 2016 championship at Baltusrol.

Nurses, doctors and EMTs were skeptical Karch would survive the night of his accident. He was suffering massive seizures at the scene when emergency personnel arrived and was told he stopped breathing three times on the seven-minute ambulance ride to the hospital. The surgery to piece his shattered skull back together took six hours. No one knew if he would survive or, if so, to what extent he would be able to recover.

The driver who rushed him to the hospital was Billy Wilkinson, now a 22-year veteran on the Broken Arrow Fire Department. Imagine his surprise and delight recently when, in his second job as clinicals director in Tulsa Tech’s EMT program, he realized Traden was now one of his students.

“I’m tickled to death that Traden is pursuing this field,” Wilkinson said. “My first day to meet him was not a good day for him. In my 22 years he is right at the top of those that suffered a horrible tragedy yet survived. Now he’s gone from we weren’t sure he would survive to an amazing recovery. He’s got a lot of inner strength. A lot of people would not have made it.”

Buoyed by the prayers of thousands, Traden survived, but lost most of his childhood memories. The injuries to his brain were mostly to the areas that affect speech, memory and language arts and his recovery in those areas has been the most difficult. But while he didn’t remember his childhood whatsoever, he somehow never forgot how to swing a golf club.

McIlroy was among the pros particularly touched by Traden’s story and narrated a Golf Channel video that told his story.

“The PGA helped me out tremendously,” Traden said. “Everything they did helped me to have a normal life as a 13-to-14-year-old boy.”

Traden will attend Rogers State University in Claremore in the fall and will have a spot on the golf team, though not a golf scholarship initially. As mentioned, he is studying at Tulsa Tech to earn his Emergency Medical Technician certification and plans to study nursing in college with the goal of helping others like Wilkinson and his crew who helped save his life.

“I just want to be there for the parents of someone who had an experience like mine and tell them it’s going to be okay,” Traden said.

Traden will not be the only walking miracle at the PGA Championship. Another special guest of the PGA will be young golfer Jhett Skaggs of Lexington, Okla., who has had two heart replacements in his 13 years.

Whether due to the accident or just golf, Traden says his biggest hurdle these days is concentrating for all 18 holes and not losing focus and hitting an unwise shot or two.

“Physically I’m perfectly fine,” he said. “Just a normal 19-year-old teenager. What I struggle with is the mental game. I always lose focus for a few holes, then snap out of it. But golf is just a hard game, I will say that.”