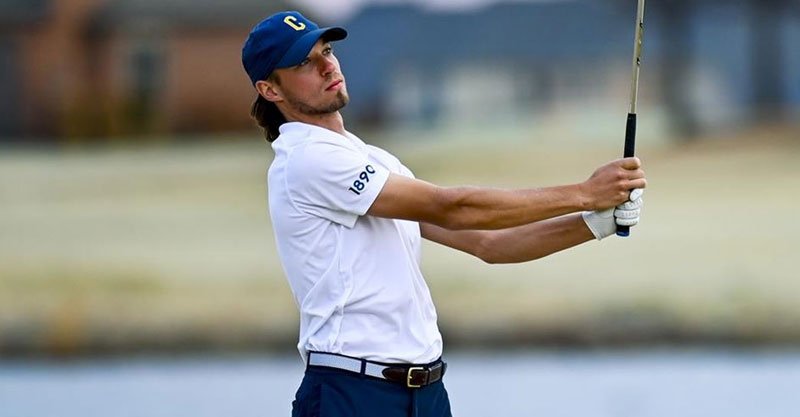 DURAN, Fla. (March 23) – Evan Griffith rode a hot start to an even-par 72 to pace Central Oklahoma in the final round of the Space Coast Collegiate Championship Tuesday.

The Bronchos knocked eight shots off their first two rounds in closing with a 297 to finish in a tie for ninth in the 15-team tournament with a 907 total at the 7,051-yard, par-72 Duran Golf Club.

Kylian Cavdar added a 74 for UCO, while Carson Tewell shot 75 and Jacob Lackey and Caleb Kimmel both had 76s. The Bronchos also had three players competing as individual medalists, with Yannic Oppenheimer shooting 73, Peyton Knell 75 and Joe Lemieux 75.

“We had too many big scores this week and that’s something we have to correct,” interim coach Chuck Bailey said. “We just weren’t as consistent as we need to be.”

UCO started play on the back nine in the final round and Griffith notched birdies on the par-4 10th, par-3 13th and par-4 16th holes in making the turn at three-under 33. The second-year freshman made three back-nine bogeys to go along with six pars in closing with a 39 for his 72.

Cavdar started his day with a  double bogey, then was even-par over the next eight holes in shooting a front-nine 38. He offset two back-nine bogeys with a pair of birdies to come back with an even-par 36 for his 74.

Tewell got off to a hot start and was two-under through six holes before making three straight bogeys in shooting a front-nine 37. The sophomore transfer came back with a 38 on the back nine for the 75.

Tewell had UCO’s best individual finish, tying for 18th with a 222 total.

Lackey and Kimmel both shot front-nine 40s before rebounding with even-par 36s on the closing nine.

The Bronchos are back in action next Monday and Tuesday at the Regional Preview in Kansas City, Mo.