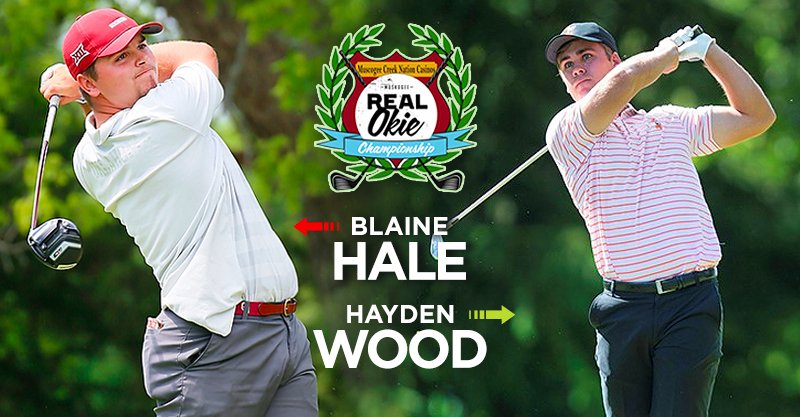 Battling storms that dumped another inch of rain on the course overnight, the Bravado Wireless Real Okie Championship on the All Pro Tour hoped to get back on track by the end of a long day Thursday.

Some of the young up-and-coming professionals in the field were able to complete their second rounds Wednesday, while many were facing early times Thursday and the possibility of a second round Thursday afternoon if they were able to make the cut.

Hayden Wood of Edmond shot a 5-under 65 in the second round to move to 7-under through two rounds, 3 shots behind the leader Greg Eason of Kissimmee, Fla. Also at 7-under are former University of Oklahoma golfer Blaine Hale (66-67) and former OSU golfer Zachary Olsen (65-68).

The final round is still scheduled for Friday morning but that now is to be determined by how many holes can be played today. Live scoring is here.

Among those who shot 4-under in the first round and are playing their second rounds this morning are former OSU teammates Brendon Jelley of Tulsa and Sam Stevens of Fort Worth, Texas, along with OU’s Brad Dalke who now resides in Edmond.